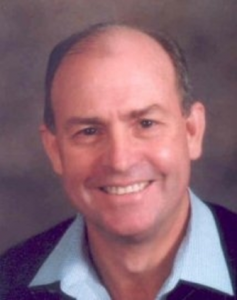 Prof Michael Wingfield was born in South Africa where he obtained his early education. In 1983, he completed his PhD in Plant Pathology at the University of Minnesota, USA specialising in forest pathology and entomology. Back in South Africa, he established the first formal forest pathology programme in the country, to serve a rapidly expanding plantation industry. Together with industrial partners, he established the Tree Pathology Co-operative Programme (TPCP), which is now the foremost tree pathology group in the world. In 1998, he became the first director of the Forestry and Agricultural Biotechnology Institute (FABI) at the University of Pretoria, which now houses the TPCP and other internationally recognised plant biotechnology programmes.

He holds an A1 rating in the National Research Foundation (NRF) grading system, one of only fourteen in South Africa, and is a Fellow of scientific societies such as the Royal Society of South Africa and the Southern African Society for Plant Pathology. He is currently the Director of the Forestry and Agricultural Biotechnology Institute (FABI) at the University of Pretoria.

Prof Wingfield’s interests are focused in the broad area of forest biotechnology. More specifically, his research group studies various aspects of pathogens, particularly fungi that are important to the forestry industries of South Africa and other countries of the world. His research group is particularly interested in those fungi that cause diseases of trees, degrade timber or that are potentially valuable in various aspects of the pulping process and in the production of industrially valuable compounds. We also have active projects dealing with insect pests in plantations. Prof Wingfield’s  research programme falls under the umbrella of the Tree Protection Cooperative Programme (TPCP) that is a cooperative venture between the University of Pretoria and all forestry companies in South Africa including Hans Merensky, Global Forest Products, NCT, CTC, TWK, Sappi, Mondi, Komatiland Forests, Mountain to Ocean, SA Forestry, the Department of Water Affairs and Forestry and the Institute for Commerical Forestry Research. As such, the team bears the responsibility for all forest protection issues in South Africa, covering an area of about 1.5 million hectares of plantation.

Prof Wingfield’s  group is also particularly interested in e fungi, both at the ecological and molecular level are the notorious tree pathogens Chrysoporthe austroafricana (anamorph Chrysoporthella hodgesiana, ex Cryphonectria cubensis) that causes a serious stem canker disease of Eucalyptus, Diplodia pinea (Sphaeropsis sapinea) that devastates pine plantations after hail and species of Ceratocystis that cause a serious wilt diseases of trees, the pitch canker fungus Fusarium circinatum, Mycosphaerella spp. that infect leaves and needles, Botryosphaeria spp. that cause stem cankers, Cylindrocladium spp. that cause leaf blight , Armillaria root rot, Eucalyptus rust and others. Species of Ophiostoma (a group that includes the Dutch elm disease agent) have also been the subject of investigation for numerous years and are of special interest, not only for their role as tree pathogens but also for their potential value in pulp production and monoterpene bioconversions. Amongst the insects of greatest interest to me are the Sirex wood wasp (Sirex noctilio) and a wide range of bark beetles (Coleoptera: Scolytidae) that infest conifers.

Prof Wingfield is also involved in a wide range of research projects both in South Africa and elsewhere in the world. These include those linked to the TPCP (see the TPCP section of this web site) and funded by the South African Forestry Industry together with various associated Government grants, international projects including those with the Chinese, Norwegian, Australian and Swedish Governments, and projects with forestry companies in Latin America and South East Asia.

Prof Wingfield enjoys lecturing on tree pathology topics and does so internationally, where he also acts as an advisor to significant forestry organisations and universities. He has served in many distinguished positions and received numerous awards and honours for contributions to education and industry, in South Africa and elsewhere in the world. Some include the Chancellors Award of the University of Pretoria (2002), the Persoon Medal of the Southern African Society for plant pathology, which has only been awarded three times in 42 years, the Scientific Achievement Award of the International Union for Forestry Research Organisations (IUFRO), the distinguished alumnus award of the University of Minnesota and he was the first recipient of the National Science and Technology Forum (NSTF) national award for contributions to Science and Technology.

He has published widely on this topic (in excess of 280 papers in internationally recognised peer review journals, three books and 480 presentations at national and international congresses), is a committed teacher and has been advisor or co-advisor of 26 MSc and 24 PhD students, many now independently recognised scientists.