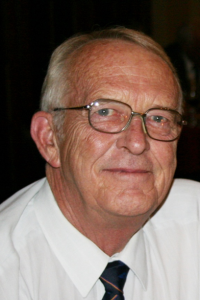 Abraham (Braam) Louw is an Emeritus Professor of Biochemistry and continue his malaria research at the University of Pretoria on a contractual basis. He has an MSc (Agric) in Biochemistry (carbohydrate chemistry; 1965) and a DSc (Agric) in Biochemistry (1972, rat intestinal cholesterol regulatory mechanisms) from the University of Pretoria based on research conducted as a Research Associate at the Public Health Research Institute of the City of New York (1968-1971). As Specialist Scientist at the CSIR in South Africa (1971-1985) he investigated the sequence and structure-activity relationships of snake venom cardiotoxins. He joined the Department of Biochemistry at the University in 1985 and retired in 2006 as full professor.

As principal investigator of the malaria research programme since 1997 he focuses primarily on homology structural modelling, the structure-activity properties of proteins in the polyamine metabolic pathway as potential drug targets, assessing drug resistance mechanisms as well as investigations of the genome-wide effects of selected inhibitors on parasite cultures by transcriptomics and proteomics methods. He has active collaborators in the UK, Sweden, Germany, France and Australia.

A strong focus during his University career was on the establishment of core facilities such as the molecular biology (1995) and bioinformatics groups (1998; Bioinformatics and Computational Biology Unit-BCBU-officially launched at the University in 2003 and partially funded since 2004 by the National Bioinformatics Network of the Department of Science and Technology (DST)), the functional genomics group (2000) and the protein structural modelling infrastructure. He also organized the first Bioinformatics Workshop in South Africa in 1998. Another strong focus was on promoting communications, collaborations and exchanges on a national level and mentorship and development of the research career of young staff members, scientists and postgraduate students. He co-founded the South African Society of Biochemistry and Molecular Biology (SASBMB; formerly SA Biochemical Society) in 1973 serving as secretary, organizer or co-organizer of several national and international (SASBMB, IUBMB, FASBMB) meetings, chair of plenary sessions, Vice-President and President. He also co-founded in 1996 the Federation of African Societies of Biochemistry of Molecular Biology (FASBMB) in Kenya as Vice-President of SASBMB. His most recent innovation is the South African Malaria Initiative (SAMI, 2005) to consolidate malaria research activities in South Africa and to promote collaborations in defined, shared projects. SAMI has been funded by the DST since 2005 and served as a blueprint for the establishment of other networks such as for AIDS and TB. Braam was elected in 2010 as an honorary member of SASBMB and is a member of the American Chemical Society (ACS), the South African Council for Natural Scientific Professions (SACNSP), the “Suid-Afrikaanse Akademie vir Wetenskap en Kuns” (LAkad) and member of “LitNet Akademies (Natuurwetenskappe) se Adviesraad”.

Principal research grants were obtained from the RF, MRC, DST and SAMI. His other awards include: an AusAID Occupational Traineeship, five UP Postdoctoral Fellowships, an UP Postgraduate Mentor Bursary Programme, two Mellon Foundation Mentoring Programmes; five UP Study Abroad Bursaries.

He published 75 peer-reviewed papers including invited reviews, two invited book chapters, two full conference papers and two popular scientific articles. He was an invited speaker at SASBMB and FASBMB conferences, a CNRS/CSIR/NRF workshop, a WHO Special Programme for Research and Tropical Diseases and seminars presented at Parke-Davis Pharmaceutical Research, Ann Arbor, Michigan, USA, UMIST, Manchester, UK, North-West University, Departments of Genetics and Chemical Pathology, UP. He made a further 105 and 85 poster/short talk contributions to national and international conferences.

He acted as peer-reviewer of the quality of selected papers of the Australian National University (ANU); promotions of candidates at ANU, Universities of the Witwatersrand and Ghana; assessor of the MRC Malaria Research Lead Programmes and Biochemistry programme of the Universty of Stellenbosch; Adjudicator of the Women in Science Awards and TATA Bursaries; Grant applications to the Wellcome Trust and the Science Foundation of Ireland; rating and grant applications to the NRF and MRC. He regularly reviews manuscripts for Elsevier, ACS and BMC journals and was invited twice to act as guest editor for topical books on malaria. He was an invited delegate to a consultation meeting of the WHO/TDR in Geneva, a DST-IBSA meeting at Theresina, Brazil and a NRF-led Emory University/Scynexis consultation visit.

He completed two Sabbaticals, one at Parke-Davis Pharmaceutical Research, Ann Arbor, Michigan, USA (1993-1994) and another at the University of Manchester Institute for Science and Technology (UMIST), Manchester, UK (2001). Twelve PhD and 28 MSc students completed their studies under his supervision.