Since the discovery of the three-dimensional structure of DNA in 1953 by James Watson and Francis Crick, molecular biologists have been studying the function of genes and genomes made up of the four bases of DNA. Scientists have had the ability to modify DNA through a number of enzymatic processes throughout recent decades, but these were mostly limited to manipulation of smaller pieces of DNA and vectors used for downstream analyses or genetic transformation of organisms.

Precise, targeted genome engineering of organisms became a reality in 2012 when it was shown that an engineered Cas9 (an RNA-guided DNA endonuclease) could be used together with components of the bacterial defense system CRISPR (Clustered Regularly Interspaced Short Palindromic Repeats). CRISPR-Cas9 has since revolutionized genome engineering in a range of organisms- including yeast, zebrafish, fruit flies, nematodes, plants, mice, monkeys and human embryos.

A handful of researchers in South Africa has since started incorporating this, and other genome-engineering technologies, in their research endeavors. Considering the potential impact of this technology and its ability to address African research questions, it was appropriate to incorporate as the central theme in one of the series of ACGT regional scientific fora. The ACGT teamed up with the University of Pretoria to host a “Genome Editing” forum that cut across multiple biotechnology sectors.

The forum was anchored by a leading genome editing specialist in the plant biotechnology sector, from the Karlsruhe Institute of Technology (KIT) in Germany, Professor Holger Puchta. Prof Puchta is the leader of the Botanical Institute at the research entity and Chair in Molecular Biology and Biochemistry. Professor Puchta’s keynote presentation was entitled “Double-Strand Break Induced Genome Engineering in Plants: Past, Present, Future”. The remainder of the presentations were from South African-based researchers and included:

The presentations were all of an exceptionally high standard and feedback received from delegates was very positive. Sufficient time was was set aside for networking between sessions and following conclusions of the event over lunch.

The event attracted a total of 61 delegates, including principal investigators and post-graduate students, with some as far afield as Cape Town. Notably, there was also representation from two entities in industry. From the deliberations, it was clear that researchers in different biotechnology sectors could benefit strongly from networking and collaboration with researchers in other sectors, should cross-cutting technologies be the central focus.

The ACGT and its partners are currently evaluating how best to build capacity in this developing field in the country. What is certain is that more events on this exciting and rapidly evolving topic will be forthcoming.

The ACGT wishes to express its sincere gratitude to especially Mr Thabo Khoza and Itseng Malao (both ACGT) as well as Dr Bridget Crampton for co-organizing the event; and the University of Pretoria for acting as hosts. 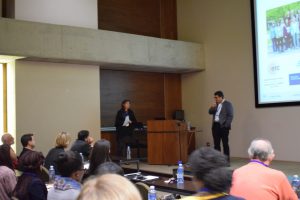 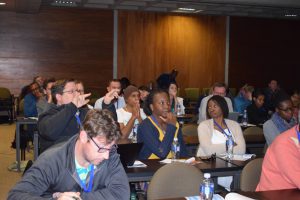 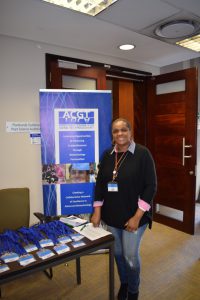