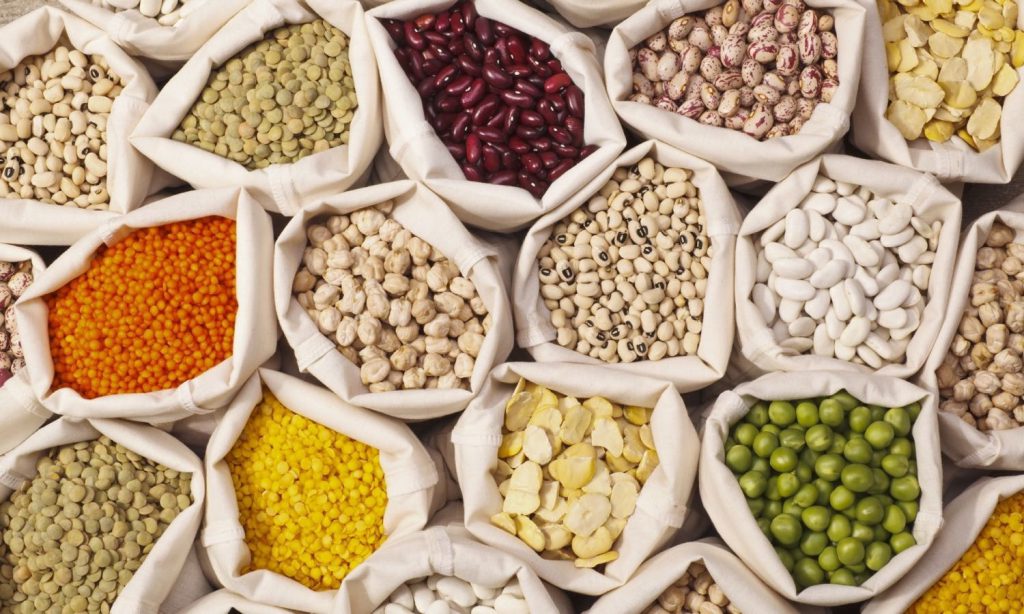 As Africa contends with increasing temperatures because of climate change, pulses such as lentils, beans, peas and chickpeas could hold the key to addressing widespread malnutrition and hunger on the Continent. This was according to food and nutrition experts, who attended a recent International Year of Pulses (IYP2016) conference which was held in Johannesburg. South Africa has joined the rest of the world in celebrating the International Year of Pulses (IYP2016).

The aim of the Johannesburg conference was to raise public awareness about the importance pulses and how they could be used to address hunger and food insecurity in the continent.

According to the United Nation’s Food and Agriculture Organization (FAO) over 6.3 million people in the drought stricken Southern Africa region could face food shortages.  In South Africa food security has been significantly threatened by soaring food prices as a result of rising inflation and the drought itself.

Dr Palesa Sekhejane, Research Specialist at Human Sciences Research Council says that Africa suffers from most extreme forms of poverty and food insecurity despite being rich with natural resources and arable land. She said this was mainly due to lack of and implementation of indigenous knowledge.

Known to be traditional by many, pulses are inexpensive critical source of plant-based proteins and amino acids especially in poorer areas where meat and dairy are economically inaccessible. They are incredibly rich in nutritional value hence many health organisations  around the world recommend eating them as part of a healthy diet to address obesity, to prevent and manage chronic diseases such as

diabetes, coronary conditions and cancer. The amount of protein found in pulses is double of that found in wheat and four times that of rice.

Pulses are  described as the world’s most versatile super food  because of their drought resistant nature, pulses such peas, bambara beans and lentils can be cultivated in arid climates that have limited and often erratic rainfall of 300-400 mm/year. To produce 0.5kg, pulses require 160 litres of water compared to 7000 litres for beef and 2800 litres for chicken. If properly stored, pulses remain edible for several years making them a smart option for households without refrigeration.

Health organisations around the world recommend eating pulses as part of a healthy diet to prevent and help manage obesity and chronic diseases such as diabetes, coronary conditions and cancer.

Not only are pulses good for human nutrition, they are also good for animals and the environment too. Pulses have nitrogen-fixing properties that can contribute to increased soil fertility and have a positive impact on the environment.

They promote the below –the-surface biodiversity, as they create a rich home for germs, bugs and bacteria of various kinds necessary for plant growth. Pulses, especially dry peas, can also be used as feedstuff. Complimenting animal feed with improved varieties of pulses has shown to significantly improve animal nutrition too, yielding better livestock, which in turn supports food security.

A study in West Africa showed that animals fed cowpea hay; along with rice feed meal, during dry season gain 95kg, compared to 62kg for animals that did not receive the cowpea fodder. The manure was also of improved quality and the study estimated that farmers who used cowpea fodder could benefit from an extra 50kg of meat a year and over 300kg of cereal grain from the improved soil quality.

A reduction in overall pulse consumption trend has been observed and this is attributed to failure of domestic production to keep with population growth in many countries. Increased production of pulses is what Africa needs to counteract the consequences of the current drought.

In the global context, IYP2016 will complement Sustainable Development Goals 2 (To end hunger, achieve food security and improve nutrition, and promote sustainable agriculture) and 3 (Ensure healthy lives and promote well-being for all at all ages).

The United Nations (UN) focus year aligns with various other UN initiatives to address poverty, hunger and food insecurity around the world, like the second UN Decade for the Elimination of Poverty (2008-2017), and the UN High-Level Task Force on the Global Food Security Crisis, established in April 2008 to promote a comprehensive and unified response to the challenge of achieving global food security.

Story by: The Department of Science and Technology, © 2011 – Current, Department: Science & Technology, Republic of South Africa.  All rights reserved.