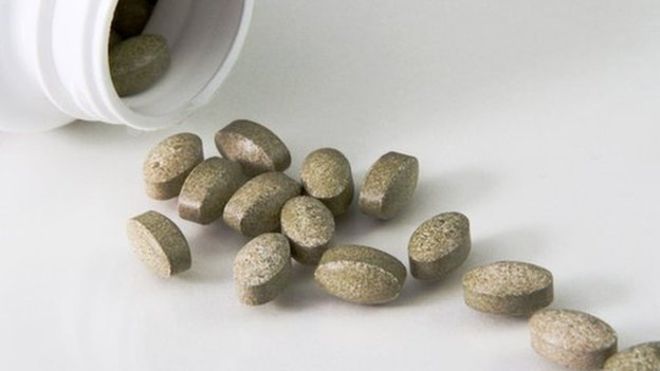 A team of scientists at Royal Botanical Gardens Kew has embarked on the mammoth task of creating a single database of the world’s medicinal plant species.

Our knowledge of beneficial botany is dispersed across many sources, and is complicated with most species having a variety of different names.

The team at Kew says its work will help pharmacists and regulators, as well as relevant scientific research.

To date, the resource covers an estimated 18,000 different species.

“From those 18,000 species of plant, we have something like 90,000 different names that are used within the health community and by regulators,” explained Bob Allkin from Kew’s Medicinal Plant Name Services project (MPNS).

“They use many different names for the same plant; some of the names are ambiguous, and we have 230,000 scientific names for those plants.”

What’s in a name?

He described why there was a need to compile a single reference for the increasingly globalised plant-based medicinal market.

“Pharmacists have traditionally referred to products in great detail, about how it should be prepared. They would also suggest what plant, and what bit of the plant, it can be derived from, such as just the root or just the leaves,” Dr Allkin told BBC News.

“In both cases, those names are used differently in different places. Obviously, language is an issue but even within the English-speaking world, one common name can be used in different ways to mean different plants. This leads to ambiguity.”

When you are dealing with medicine, ambiguity can result in unacceptable consequences.

“The reason for this was because one substance was substituted for another because they had a similar name. This shows that there are very serious consequences to not being precise about what plants are being used,” Dr Allkin warned.

“We are compiling all of the names of the plants as used in herbal medicinal products, as used in [various editions of] pharmacopeia and medical literature. They use a mix of common names, in different languages, they also use what are known as pharmaceutical names – which in many cases are also written in Latin – and they also use scientific names. They use a whole mix of things.”

There are numerous pharmacopeia (books containing technical instructions to identify compound medicines) – such as the Chinese, Japanese, and European editions – as well as databases used by regulators, such as the US Food and Drug Administration.

Dr Allkin observed: “We then map those names as used by the regulators and health profession to Kew Garden’s comprehensive and authoritative global plant taxonomies.”

He said that in order for regulators to be able to accurately identify what plants are being used, it is necessary to use scientific names.

“That is the only way because those scientific names are referred to a physical reference in a herbarium store, such as the one at Kew, and those physical specimens tie down what that [scientific] name refers to, as well as its chemical components and DNA etc,” he explained.

“The problem for people who are not botanists is that there are various obstacles to using the scientific names properly. In the past, botanists have provided wonderful online resources that are useful to other botanists, but not necessarily intelligible to those working in the health sector.”

However, this presents a problem of its own. Dr Allkin acknowledge that one of the challenges of using scientific nomenclature is that there are many more names than there are plants.

It is estimated that there are between 360,000 and 400,000 species of flowering plants in the world, yet there are 1.6 million scientific names for plants known to science.

“Each plant often has multiple scientific names; this is particularly true of useful plants like medicinal plants because they have been well studies and well described, therefore end up having lot of different or alternative names,” Dr Allkin said.

“We know of one plant in the British pharmacopeia that has more than 500 scientific synonyms.

“One consequence of that is that it makes it very hard to find all the research that has been published about that plant, as research might have been published under any one of many names.”

Dr Allkin said that if someone searched for details of previous research of a plant using just one of its names then you – on average – would find about 10% to 15% of the previous reach, meaning you would not find up to 85% of previous scientific work on the plant.

Another problem is that names keep changing – there are 10,000 changes to scientific nomenclature each year.

“This is because there are new plants being found, there are about 2,000 of those, and then there are about 4,000 cases each year when a plant is moved from one genus into another genus,” he added.

“This is done because the molecular or chemical data that becomes available makes us realise that that particular species is much more closely related in another genus rather than the one it current belongs to.

“Our project is about making Kew’s botanical expertise accessible to all.”