The African Centre for Gene Technologies (ACGT) and the University of Pretoria’s Centre for Bioinformatics and Computational Biology (CBCB) co-hosted a genome analysis workshop from 23-27 October 2017. The hosts were extremely fortunate to have the week-long workshop facilitated by an expert group of scientists and software developers from the Broad Institute of Harvard and MIT. They included Dr Geraldine van der Auwera, Mr Hussein Elgridly and Mrs Kate Noblett. The team was supported by local bioinformatics expert and Director of the CBCB, Prof Fourie Joubert. This was the second capacity-building instance where the team facilitated the workshop in the Genome Analysis ToolKit (GATK) open-source software package. The toolkit was developed in the Data Sciences Platform at the Broad Institute, and offers a wide variety of tools with a focus on variant discovery and genotyping. The first GATK workshop was hosted by ACGT and CBCB in 2015.

The workshop dealt with a number of genomics analysis topics and included data pre-processing and quality control; variant discovery and detailed sessions on setting up workflows in the toolkit. The approach was to have presentations on the specific sections, which was followed by hands-on exercises on the CBCB workstations throughout the five days.

Delegates hailed from the ARC (including Stellenbosch), and the Universities of Pretoria, the Witwatersrand and Stellenbosch; and also included a delegate who traveled all the way from Newcastle University to attend. The attendees were at different levels of bioinformatic analysis experience and this was highlighted during the sessions where command line imputation was utilized. A consideration for future courses could potentially be to bring those delegates less familiar with this aspect up to speed in a separate prior training event. Notwithstanding, feedback from delegates was overwhelmingly positive and will be utilized for planning similar subsequent events in the genome analysis field for partnership researchers.

The ACGT and its partner institutions will continue to build capacity in bioinformatics analyses in the “-omics” space; and would like to invite all who require such analyses as part of their research to engage us and tell us about their specific training needs.

The ACGT would like to sincerely thank the Broad facilitators, including Prof Joubert, for their investment in time and effort in preparing and facilitating this workshop. 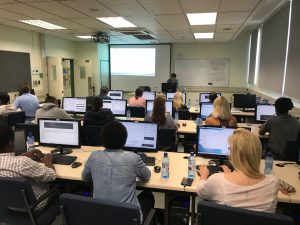 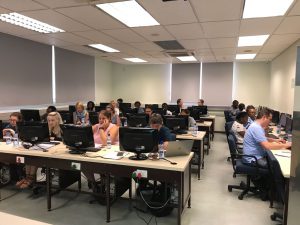 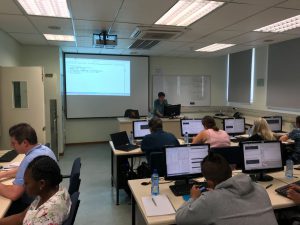