Researchers from academia and science councils, industry representatives and scientific vendors came together for a national conference on Stem Cells Research and Therapy on the 26th and 27th of October 2017 at the Innovation Hub in Pretoria. The purpose was to showcase research performed under the MRC Flagship “Stem cell research and therapy- addressing South Africa’s disease burden”; awarded to the University of Pretoria in 2014. National stem cells stakeholders active in the field, but not necessarily funded through the flagship, also had the opportunity to showcase their research.

The two-day event attracted close to 80 delegates from across South Africa, including delegates from Kwa-Zulu Natal and the Western Cape. Professor Michael Pepper, co-organizer of the event (with ACGT) welcomed delegates on the first day, after which Medical Research Council Vice-President, Professor Jeffrey Mphahlele, introduced the University Flagship Programme. Professor Mphahlele congratulated all involved in the Flagship, but also stressed the importance of translational research to delegates. Although the presentations over the remaining two days largely focused on scientific research, included in the programme was also presentations and deliberations on the legislative environment surrounding cell-based therapy; as well as legal issues in dealing with scientific data and privacy. Discussions were quite lively as researchers were exposed to high level work in the stem cells field from researchers that they don’t interact with frequently. Here, suggestions to post-graduate researchers, academics and industry; as well as opportunities identified for collaborative efforts, could be regarded as highly positive outcomes of the deliberations.

The organizers were very fortunate to attract financial support from nine scientific vendors. Funds were largely utilized to cover travel and accommodation costs for delegates as well as a networking event for attendees on the evening of the first day. The organizers would like to extend their sincere gratitude to the vendors for their financial assistance, without which the event would not have been possible.

Attendees were very supportive of potential future scientific events to showcase research and provide a platform for networking. The ACGT and researchers in the field are evaluating the possibility and means to host similar events in future.

Financial support for the event was kindly provided by:

The organizers would also like to express their sincere gratitude to G Studio (and specifically Ms Jacomina Visser), who provided design and layout services for a conference programme and website- absolutely free of charge. See the conference web link here: 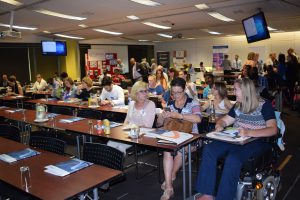 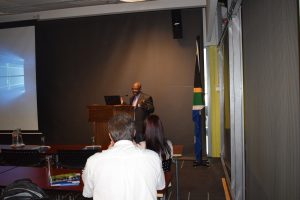 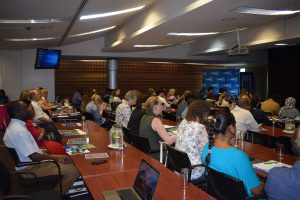 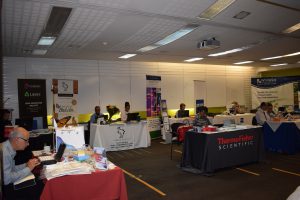 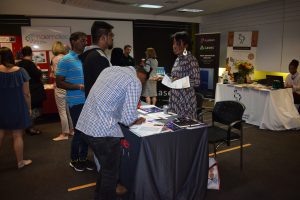