One of the objectives of the African Centre for Gene Technologies (ACGT) is to improve the advanced biotechnology skills level of scientists in South Africa. The quality of the work done locally should match, or even exceed, related work from any part of the world and the best way to do that is through continuous capacity building efforts.

To this end, the ACGT recently facilitated two metabolomics workshops to provide a platform to address key issues and challenges in the field of metabolomics, including subsequent data analyses. The two workshops were meant for different audiences and were held at the University of Pretoria. The first was an Introductory Workshop that ran from the 12th to the 14th of March 2018. This event was aimed at those who have limited knowledge of metabolomics techniques and applications. The second, an Advanced Workshop, subsequently ran on the 15th and 16th of March 2018 and covered more advanced topics in the field. The latter workshop was intended for those with existing metabolomics knowledge and already working with some metabolomics techniques, or are actively engaged in data analyses emanating from metabolomics experiments. 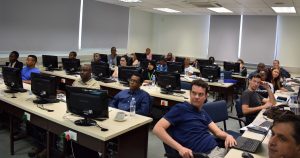 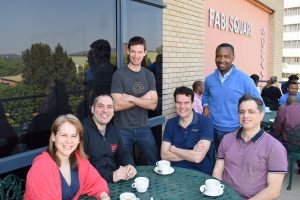 Following the brief ice breaker presentations by the individual participants on their backgrounds and areas of interest, the workshops then proceeded onto a variety of subjects that influence and shape metabolomics research. Web tools and practical applications of metabolomics were demonstrated, as well as hands-on exercises that focused on data analysis and interpretation. The sessions were kept as interactive as possible to create a relaxed environment where the participants could ask questions pertaining to their own work.

The ACGT and all of its partners would like to extend enormous gratitude to all those who contributed to making these workshops a success, including the facilitators who again took a lot of time out of their busy schedules to contribute to capacity building in South Africa. The ACGT would also like to wish all the participants of the workshops all the luck with their work and future in metabolomics. 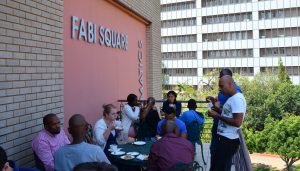 There has since been positive feedback from the participants of both workshops. There was a general sense from the workshop evaluations that the workshops were informative, practical and interesting. The participants enjoyed interacting with the expert facilitators from different parts of the globe. They felt that the facilitators were knowledgeable and showed willingness to help. Moving forward, there are plans to adjust the duration of the course to increase subject coverage, as well as to include additional practical sessions. Due to limited space, the Centre could not host everyone that applied, but the ACGT encourages those that were not placed this year to keep an eye out for future workshops.